WHAT IS HUMAN TRAFFICKING

According to the United States Department of Homeland Security's Blue Campaign, Human trafficking is modern-day slavery and involves the use of force, fraud, or coercion to obtain some type of labor or commercial sex act.

Every year, millions of men, women, and children are trafficked in countries around the world, including the United States. It is estimated that human trafficking generates many billions of dollars of profit per year, second only to drug trafficking as the most profitable form of transnational crime.

Human trafficking is a hidden crime as victims rarely come forward to seek help because of language barriers, fear of the traffickers, and/or fear of law enforcement.

Traffickers use force, fraud, or coercion to lure their victims and force them into labor or commercial sexual exploitation. They look for people who are susceptible for a variety of reasons, including psychological or emotional vulnerability, economic hardship, lack of a social safety net, natural disasters, or political instability. The trauma caused by the traffickers can be so great that many may not identify themselves as victims or ask for help, even in highly public settings.

What are Some Warning Signs of Human Trafficking?

To learn more about human trafficking facts, please go to the link below.
https://polarisproject.org/human-trafficking//facts

Human Trafficking Clients Served:
As of 12/31/18, the MJHTTF has served approximately 261 clients. 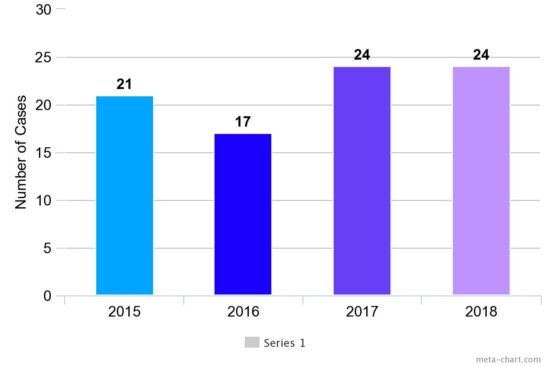